There are many reasons why entrepreneurs should know about venture capital.

First and foremost, venture capital can provide the funding necessary to get a startup off the ground. They can offer valuable advice and mentorship to entrepreneurs. Additionally, they can help you navigate the often-complex world of startup funding and provide guidance on how to grow your businesses. They can also serve as a valuable networking resource. They often have extensive networks of contacts that can help you connect with potential customers, partners, and investors.

Venture capitalists are professionals who invest in the equity issued by fledgling startup companies.

In most cases, start-ups are not immediately profitable, but rather in the red. Moreover, it is not clear whether they will be able to make a profit in the future. In general, banks are reluctant to lend money to companies with such an uncertain future. Startups are also reluctant to take on debt that must be repaid on a regular basis or by a certain date when they do not know what will happen to their business.

Startups raise money for their business by issuing stock and selling a portion of their equity in the company. The VC buys this equity. The funds raised by the startup from the sale of equity do not have to be repaid.

Most startups that exit and sell their shares disappear without making a profit, their value is reduced to zero, or they are acquired by some other company at a lower price. Some grow explosively and eventually list their shares in an IPO (Initial Public Offering), i.e., on the public market. Public markets include NASDAQ, the New York Stock Exchange, and The Borsa Istanbul (BIST) where a variety of investors buy and sell shares on a daily basis.

Even if a company does not go public, it may be acquired by a large company at a high price through M&A (Mergers and Acquisitions). For example, Trendyol, one of the largest online marketplaces in Turkey, was acquired by Alibaba Group (a Chinese multinational technology company) for $728m in 2018. VCs sell their holdings in such mergers and acquisitions. Selling shares in an IPO or M&A to lock in a profit is called an "exit".

When a VC raises money from investors, it is called fundraising. The investors who put money into the fund are called limited partners (LPs). Investors who become LPs include;

Other LPs include university endowments, family offices that manage the money of wealthy individuals such as the founders of large companies, and government-affiliated investment funds that manage public funds.

An LP, as the name implies, plays a "limited" role in the fund. In other words, they do not have the right to dictate specific investment targets or timing. Of course, LPs are provided with investment criteria in advance, but within those criteria, VCs can arbitrarily decide where and when to invest.

It also has limited liability and does not have any liability beyond whether or not it loses the invested funds. For example, you will not be sued and held liable in any way by the startups in which you invest. To put it in a clear way, once an LP entrusts its investment capital to a VC, it simply waits for the VC to increase its value, without telling what to do or being forced to take on any responsibility.

So far, I've called it VC, but more, strictly speaking, the entity (a person or a group) that manages the fund is called the General Partner (GP). It is the GP's responsibility to decide how much of the funds collected from LPs will be allocated to what companies and to execute the investments. GPs have unlimited liability and assume full responsibility for their operations.

CVC is a general term for the act of an operating company making its own venture investments. It can take many forms and may not be in the form of a fund, but simply investing in startups with company funds.

Since CVC has a very low barrier to entry, it may not be easy to say whether the company is committed to investing in startups on a long-term basis. Because organizational priorities are constantly changing, it is possible that after two years the top management may decide that investing in startups is no longer important and disband the investment team. After all, for an operating company, investment is not its core business, but merely one of the means to complement the organization's overall strategy.

In the next post, I'll write more about how VCs evaluate companies and make decisions. 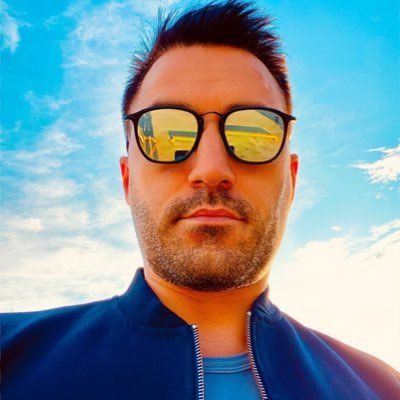